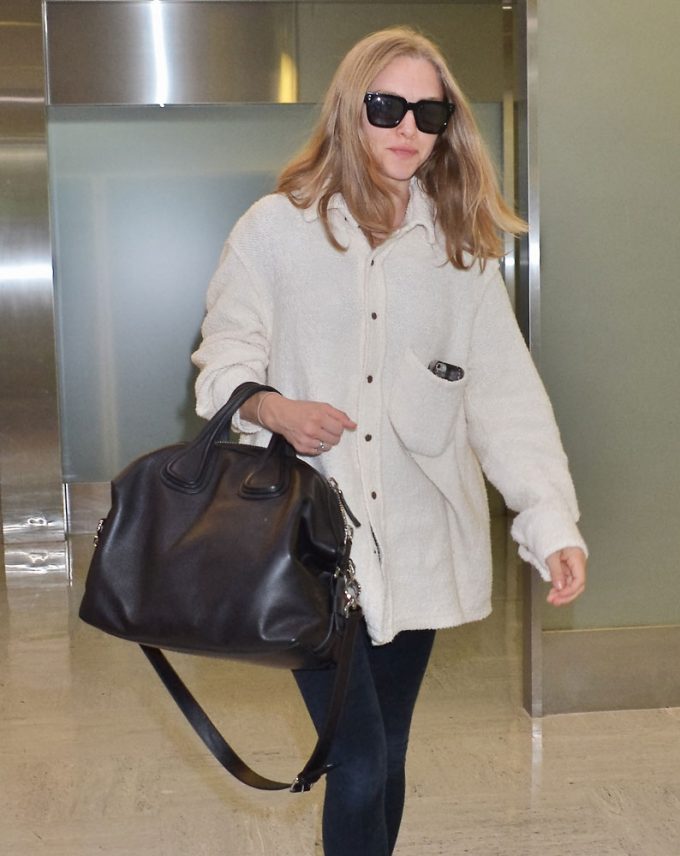 Now that it’s fall, the Oscars, Golden Globes and SAG Awards are all mere months away, which means that A-listers and rising film stars alike are making the press rounds to promote their awards season shoo-ins. It also means we’ll be able to feature a more A-list-appropriate roster of designer handbags on any given week. This week’s batch of celeb bag picks, for example, features a pleasing variety of designer bags, including some of the season’s most popular new styles from Saint Laurent and Dior, as well as new classics from Givenchy and Stella McCartney.

Here’s Amanda Seyfried, arriving in Tokyo for a Cle de Peau press event. Amanda is currently the celebrity face of this luxury cosmetics and skincare line. She’s also been the face of assorted Givenchy campaigns and carries the brand almost exclusively. 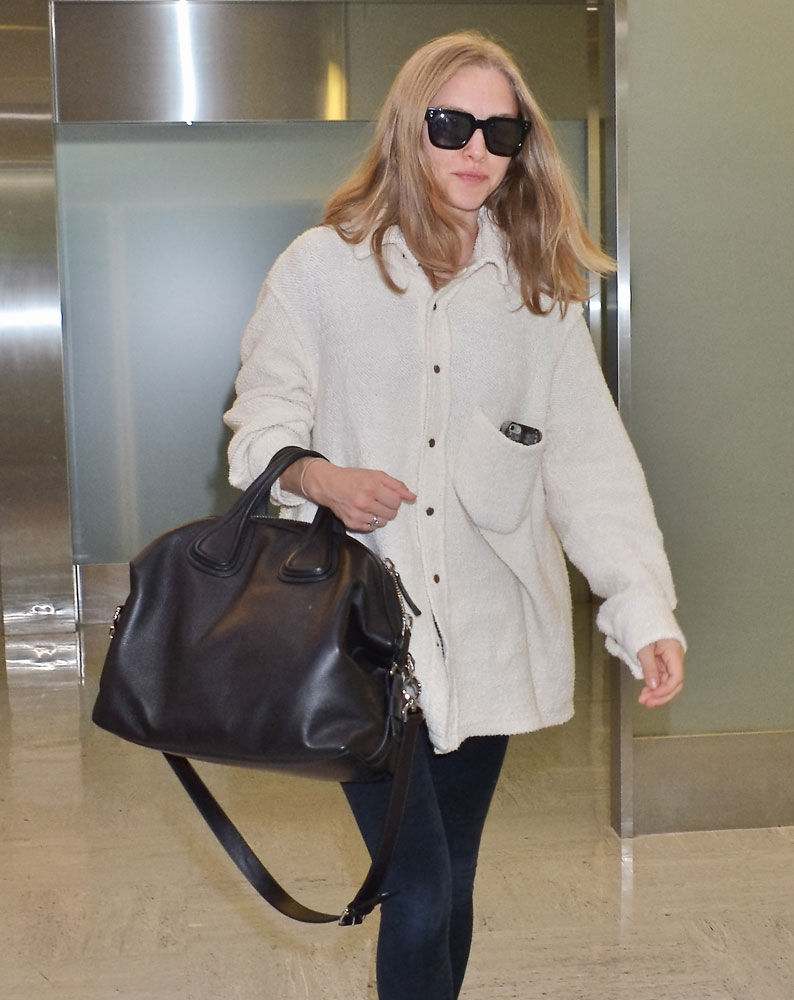 Cate Blanchett is gearing up to promote Carol, her latest piece of Oscar bait. Here she is outside of her NYC hotel with a gorgeous Giorgio Armani Tote that I think deserves way more of our love and attention than it’s currently getting. 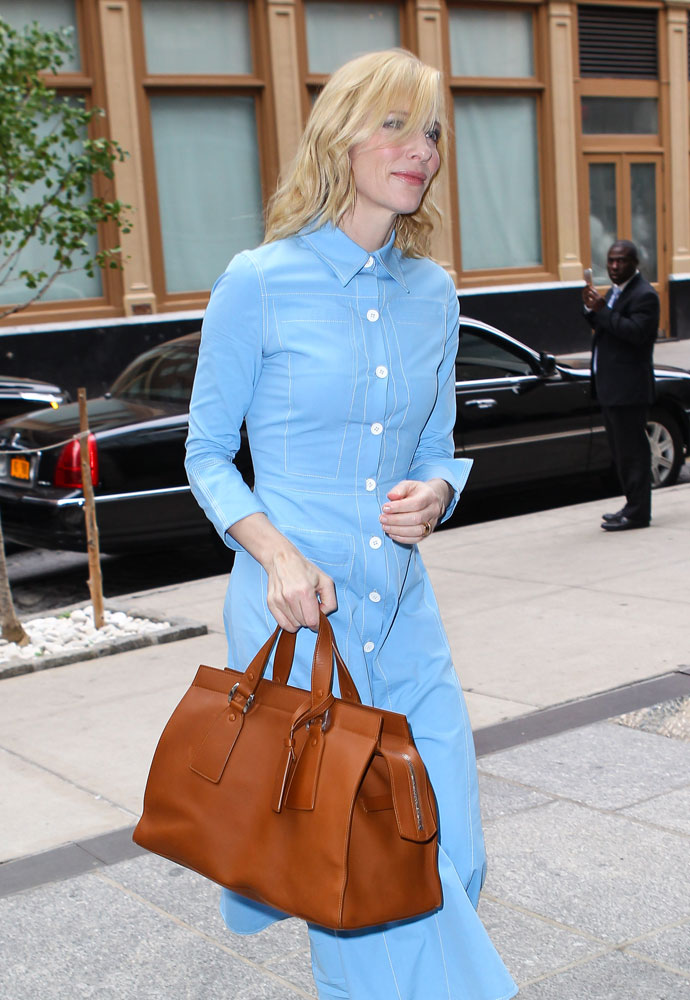 Jane the Virgin star Gina Rodriguez recently made an appearance on HuffPost Live to promote her show’s much hyped second season on The CW. She’s carrying an adorable striped bag from Kate Spade. 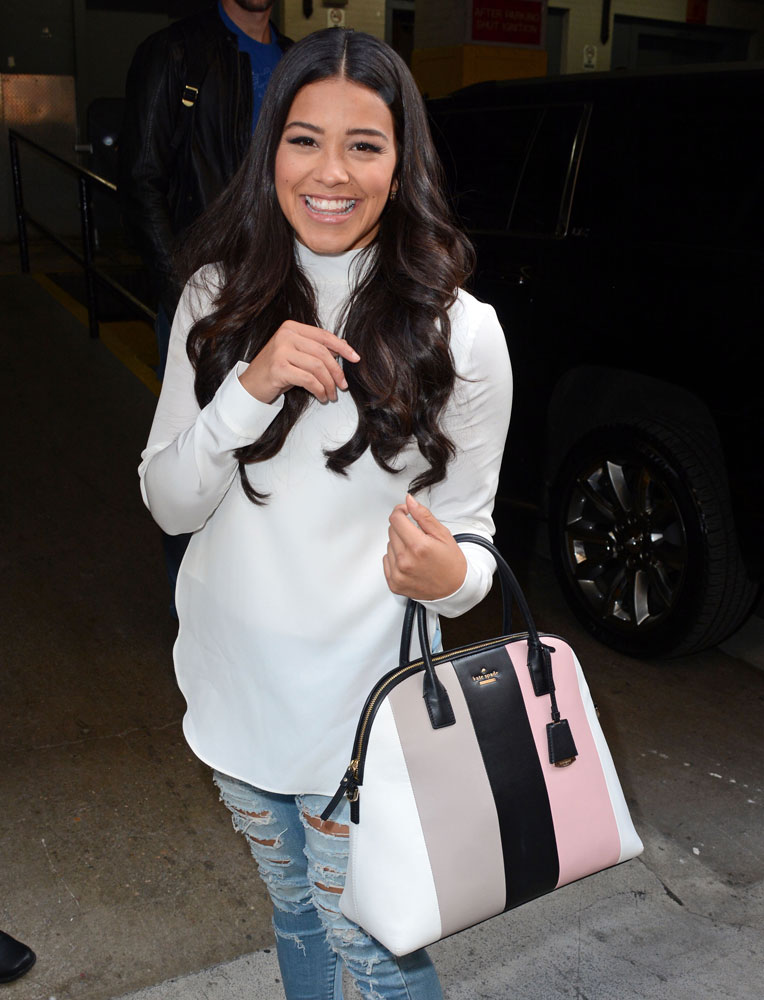 Here’s Karlie Kloss, just heading to her gym in NYC with a chain-strapped navy blue leather Dolce & Gabbana Rosalia. Oh, is this not what you use for a gym bag?

Behold: a celebrity who is not Rihanna carrying a Dior Diorama. It’s actress Rooney Mara (Cate Blanchett’s Carol costar), also outside of her NYC hotel with a beautiful Diorama mini. This has happened before, but you might’ve forgotten, given how frequently we see Ri-Ri out with one of her many Dioramas. 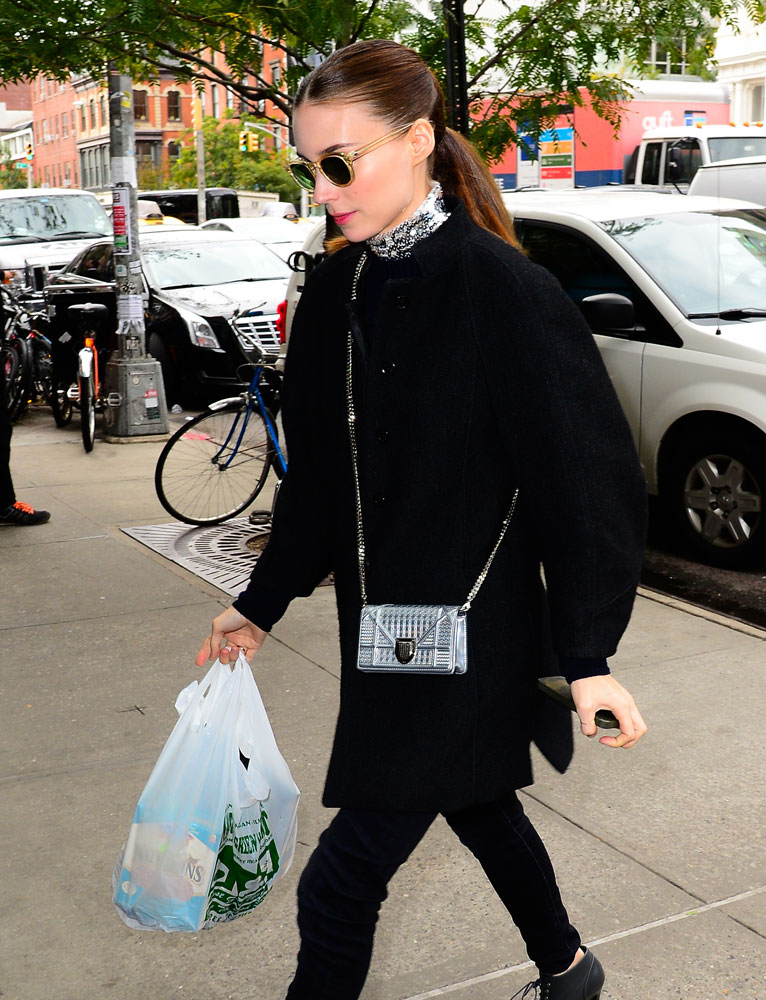 So what is special about it? Not much has changed, this 20 cm edition of the Lady Dior does come in a wide assortment of shades ranging from muted to metallic, but the only bespoke element is that the adjustable strap which comes equipped to maintain three of Dior’s enamel Lucky Badges. The designs for the badges include the twenty-six letters of the alphabet, and familiar symbols such as the bee, the rose and the star.This feels like a weak attempt from Dior since it reminds us of our high school days when trapping patches and badges to our backpacks was the elevation of personal style. Even a simple monogrammed handbag will feel more personal than this. The worst part is that the creative piece of adding personalization elements to your purse is picking and choosing how you wish to lay out the various pieces and coming up with a pattern which you like. Even though we understand the brand’s need to safeguard the product, by pre-determining at which the badges goes, they take all the fun out of this process. You’re better off incorporating a graffiti into your favorite carryall for a more personal touch. While we really do love the colour selection for the My Lady Dior set, there’s nothing else here to love.The Scene: Valerie Trierweiler and Rihanna were among those front row. 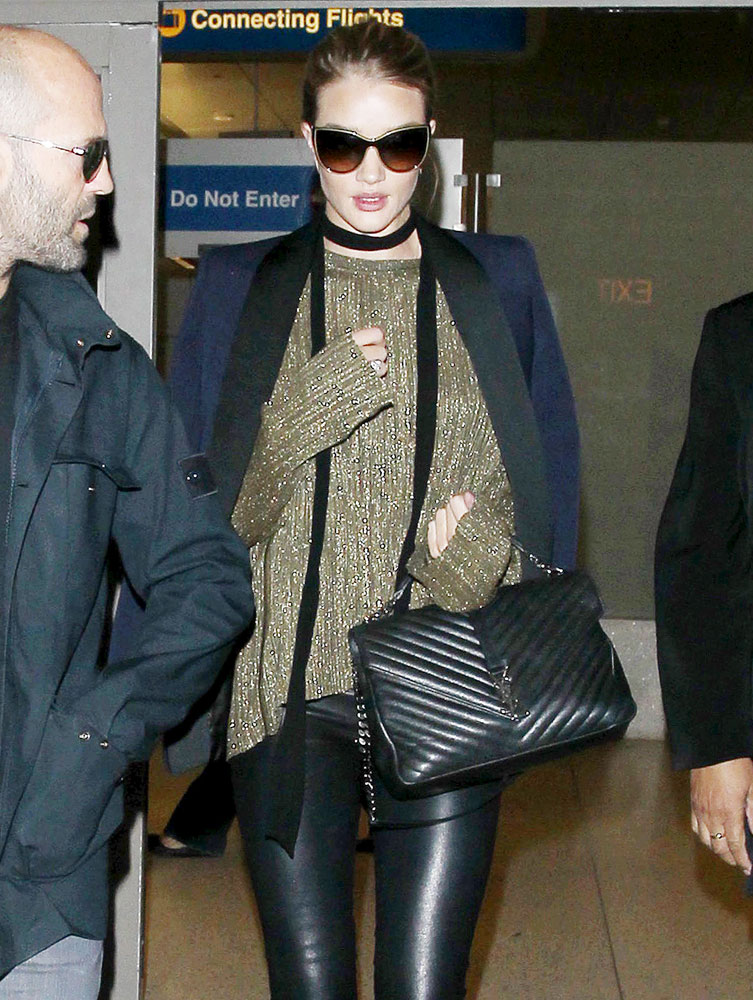 Here’s Sarah Michelle Gellar arriving at her NYC hotel with her own Givenchy Antigona. 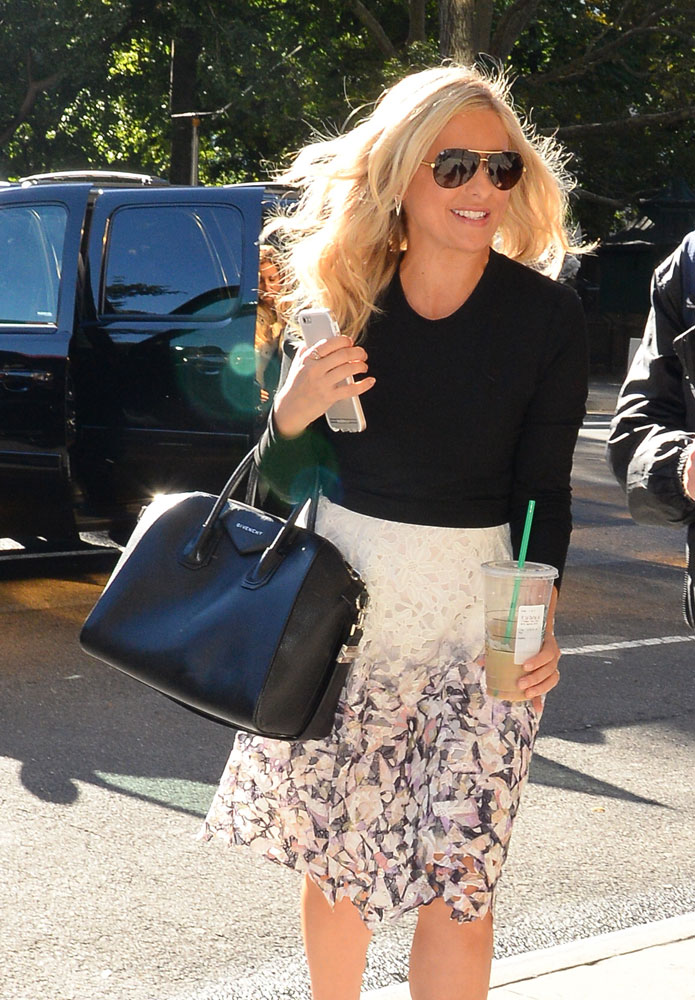 Paps caught up with Sherri Shepherd outside of the Good Day New York studios. She’s carrying an attractive burgundy Stella McCartney Falabella Bag. I have absolutely zero preconceived notions about what kind of handbags Sherri Shepherd is into, so this is sort of interesting. 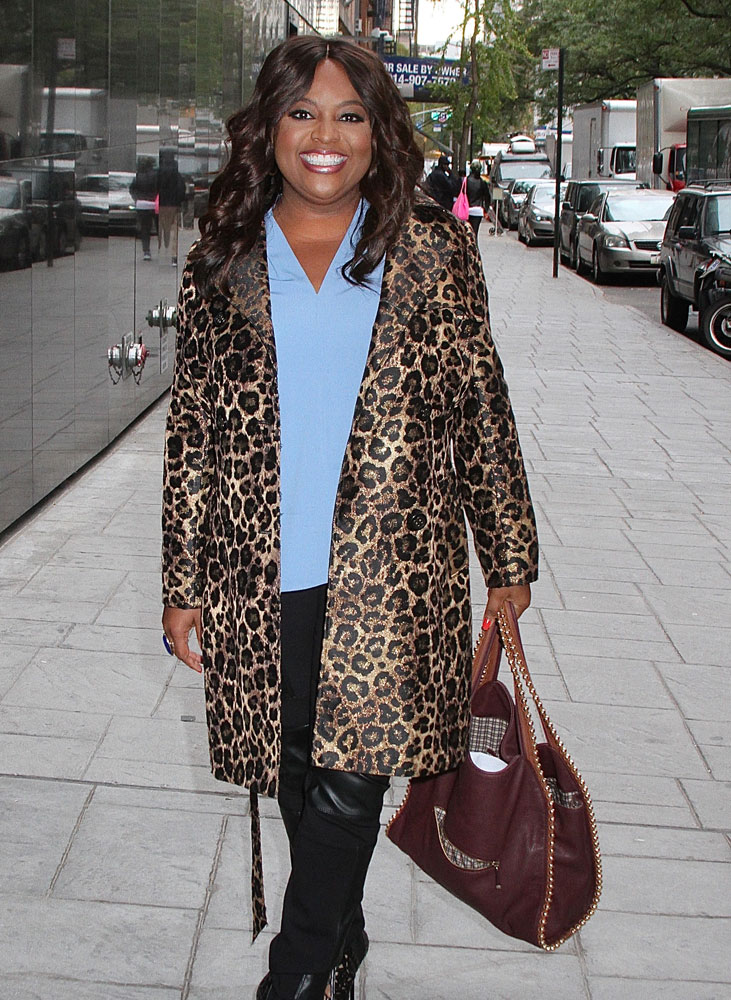